The main focus of my lab is to understand how islets of Langerhans, the endocrine component of the pancreas, are formed during organogenesis, how their function is regulated in the mature organism, and how changes in gene expression might allow islet regeneration. Islet cells, including glucagon-producing a- and insulin-producing ß-cells, regulate blood glucose homeostasis. The importance of the latter is highlighted by the fact that loss of ß-cells leads to type I diabetes mellitus. Conventional treatment of diabetic patients is based on insulin injections. Unfortunately, episodes of hypo- and hyperglycemia occur frequently and result in severe secondary complications, including coronary and microvascular diseases. Recent reports have shown that islet transplantation successfully restores glucose tolerance. However islets are in short supply, a dilemma that severely restricts the feasibility of large-scale therapy through islet transplantation. An alternative approach is the regeneration of ß- or islet cells from committed precursor cells and the majority of the projects in my lab are designed to unravel the program that directs an ordinary cell in the gut to become a ß-cell. Understanding of these processes will be crucial for future cell replacement strategies.

Analysis of known signaling pathways: We employ knockout and transgenic mice lines to study the effect of known signaling pathways involved in cell proliferation, differentiation and migration on islet progenitor cells. In particular, we are interested in understanding how components of the Hedgehog and Wnt pathways influence pancreas development and endocrine cell differentiation. While previous studies have suggested an inhibitory role for members of the Hedgehog family, our recent results indicate that some Hedgehog signaling is required for pancreas formation. Currently, we are using a combination of knockout and transgenic approaches to determine if manipulations of the Hedgehog and Wnt pathways stimulate ß-cell development and function.

Identification of novel pancreas/islet genes: In another set of experiments we have identified novel pancreatic genes via 'gene-trapping'. This technique allows to randomly trap and mark genes by inserting a target construct containing the bacterial LacZ gene into the DNA of embryonic stem (ES) cells. Trapped genes are identified by sequencing of amplified cDNA fragments (5' RACE) and mouse lines are established by blastocyst injection. The insertion of the gene-trap vector places the bacterial ß-galactosidase gene under control of the promoter of the trapped gene. Thus, the normal expression pattern of this gene can rapidly be visualized by staining for ß-galactosidase activity within any given tissue, including the pancreas. More importantly, vector insertion causes either null or severe hypomorphic mutations that reveal if the trapped gene is essential for pancreas and ß-cell differentiation. These studies are done in collaboration with Marc Tessier-Lavigne, Stanford University, who is interested in brain development and is generously providing mice for our analysis.

Generation of ß-cells from adult progenitor cells: Recent studies have shown that adult organ stem cells have the ability to develop into a number of different tissues. We are taking advantage of our understanding of pancreas development and have started to investigate if adult progenitor cells have the potential to develop into insulin-producing ß-cells. Bone marrow derived stem cells are co-cultured with embryonic pancreas buds that develop into endocrine islets and thus provide the necessary signals for ß-cell differentiation. Initially, we focus on murine adult stem cells, but will include human cells as soon as the 'proof of principle' experiments have shown that murine cells can adopt pancreatic fates.

Model systems for pancreatic cancer: Overt hedgehog signaling has been implicated in cancer formation in various tissues; however it has not been linked to the formation of pancreatic adenocarcinomas, an aggressive form of cancer that is virtually incurable. We have started collaboration with Martin McMahon's laboratory at the UCSF Cancer Center to show that deregulated Hedgehog signaling promotes proliferation of pancreatic cancer cell lines and if inhibition of Hedgehog signaling blocks cell proliferation. Currently, we are manipulating the Hedgehog pathway in pancreatic tissue of transgenic animals to address the tumorigenic activity of this pathway in vivo. 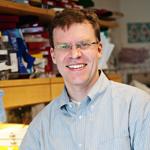 Matthias Hebrok, PhD is Hurlbut-Johnson Distinguished Professor in Diabetes Research and Director of the Diabetes Center at the University of California, San Francisco. He received his Diploma degree in Cell Biology from the Albert-Ludwigs University, performed his PhD thesis at the Max-Planck-Institute, and conducted his postdoctoral research at HHMI at Harvard University. His laboratory has made seminal contributions to our understanding of how embryonic signals control the fetal development of the pancreas and its insulin-producing beta cells. His recent work has implemented the information gained from these studies to generate functional beta cells from human stem cell populations for cell therapy purposes. He is the recipient of several honors and awards, including the JDRF Scholar Award and the Gerold & Kayla Grodsky Award honoring outstanding scientific contributions to diabetes research. He advises academic Diabetes Centers in the US and serves on the SAB of several biotech and stem cell companies. Dr. Hebrok has served as the Chair of the NIH Cellular Aspects of Diabetes and Obesity (CADO) study section and was a Member of the National Institute of Diabetes and Digestive and Kidney Diseases (NIDDK) Diabetes Mellitus Interagency Coordinating Committee (DMICC). He currently is a Member of the Research Advisory Committee for the JDRF.